When people think of Seattle they often think of rain, coffee, and maybe even Grunge music. Toss in Frasier, too, I guess. But those are the thoughts of those who have never been to Seattle. Haha! Not like I, the great experienced traveler! All kidding aside, I’ve never lived in the city, and far be it from me to criticize the community outside of my two-day visit … but here is what I observed while spending a very brief time in the “Emerald City”.

Traffic – Unlike a lot of other cities that have outer belts and a dozen ways in and out of the city, Seattle seems to rely wholly on Interstate 5, the West Coast highway that goes from end to end. I know, I know, there are other roads … but I-5 is the main one and that sucker is packed, morning, noon, and night. It was objectively terrible and, although it is still better than Dallas, Chicago, LA, and some other places, that doesn’t take away from the fact that it was awful.

Modern Downtown – I’ll give credit where credit is due, the downtown area of Seattle is very modern looking. The buildings are sleek, and, even though Amazon abandoned a downtown office project, the trendy/hipster appeal of the area only grows. The space needle still lends the city skyline its unique silhouette and the massive Ferris Wheel down on the piers is worth a ride. We were able to get ice cream, ride a carousel, and see some other old-school fair type stuff so, all in all, it was a nice area, nestled up against the water.

Homeless – I’ve never seen so many homeless people in my life and, as it turns out, Seattle is third only to NYC and LA for having homeless persons. No joke, once you remove yourself two blocks from that “modern downtown”, you’ll find tent cities interwoven below each overpass. Some city blocks have the sidewalks completely covered in the homeless. A man walked in front of our car, his brain fried from drugs, randomly shouting out loud. For all that Microsoft, Starbucks, and Amazon might offer the area, the city simply is not taking care of those without work or home. I’m not even getting political here – it’s a simple fact that there are thousands of homeless people in the area.

Puget Sound and seafood – I didn’t go swimming in Seattle because the temperature never got much above 70 degrees when we were there, even in June. But the views of the water were nice and we even had a tasty seafood dinner overlooking the famed Sound. Ethan ordered crab legs for his birthday and ate all the OTHER food on his plate before eating the expensive crabs, at which point he felt ‘full’ so I had to go into dad mode and help seal the deal.

Believe it or not, no rain! – While we were in town, there was no rain. Not even a threat. So, even though I’m sure it rains constantly in Seattle, for 2 days in June, it was so sunny that I felt spoiled.

All in all, I was not impressed by the city. Of course, as we have come to learn, my wife and I are not truly impressed with any big city. They all have the same sort of overcrowded, hectic bustle that I’ve come to not envy. Seattle wasn’t horrible, but it wasn’t great, and I’m not sure I’d ever want to live there. This isn’t even mentioning the “Seattle Freeze”, a seemingly reel phenomenon wherein it is difficult to make new friends or, at least, Seattleites seem ‘standoffish, cold, distant, and distrustful.’ Most people outside of the KOA were nonresponsive, didn’t smile, did not offer nor receive small talk, and sort of kept their distance. Hmmm, now that I think about it, maybe Seattle wasn’t all that bad after all? 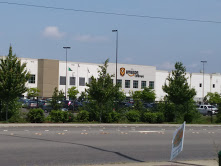 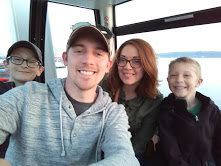